I can’t believe it’s been a month since Daniel and I ventured off to the magical city of Rome. Our holiday felt like an absolute dream and I often wish I could rewind the clock and relive it. Arriving in Italy gave me a new-found perspective. I was intrigued by our surroundings – the people, the culture… and don’t let me get started on the food! Mamma Mia! Italy definitely lives up to its reputation, and with that being said, I have to confess… we indulged in pizza, pasta and gelato for 9 days straight! Let me give you a little taste of our experience, here are my top 10 must-see places!

We decided to start the trip with a 3-day hop-on-hop-off bus tour, our first stop was the great and mighty Colosseum. Completed in 80AD, this Amphitheatre is the largest ever built, and “What was it’s purpose?” you might ask. Live entertainment of course! – bloody gladiator combats, wild beast fights, and mock sea battles. However, in later years this massive structure had a less violent approach, it was converted into housing, food stores and stabling for animals. In the 12th and 13th centuries, the Colosseum went through significant changes, the thick marble was taken to be used elsewhere throughout Rome, and 1394 it was struck by an earthquake resulting in further damage. Yet this iconic landmark still stands proud, an astounding attraction to thousands of tourists every day.

The Roman Forum – What was once the center of day to day life now lies in ruins. This famous public venue housed some of the city’s most important buildings and structures. I absolutely loved walking through this historic site, with coloured marble pillars reaching for the sky and grounds covered by remnants of the past. One could only wish to have a sneak peek back in time – although I would want to skip through all the gory bits!

We took a look inside St. Peter’s Basilica and we were absolutely astounded by what we saw! The church is one of the largest in the world, with extraordinary artwork from floor to ceiling dating back to 1626. We ventured downstairs to the grottoes, there lay a few of the many tombs where former popes were buried. Saint Peter was one of Jesus’ 12 apostles and whom the Catholics consider to be the first pope. This site is believed to be his burial place.

Fun fact: Vatican City is the smallest independent city-state in the world and is completely surrounded by the city of Rome.

3. Walk along the cobblestone streets and find tasty Gelato…

… and it won’t take you long! There is literally a gelato shop on every street in Rome, and no need to wonder why after tasting the creme de la creme of ice cream! My favourite flavour is Raffaello, a perfect mix of white milk cream, almonds and coconut. With so many flavours to choose from, we just had to make a stop each day and pick some up…”When in Rome”, right? There is even a blue viagra flavour – which was given to Daniel to taste. Ha!

4. Make a wish at Trevi Fountain

Toss a coin into the water and make a wish. Trevi fountain makes around 3000 euros per day, that’s a whopping R48,000! We managed to squeeze our way through the crowd to the front of the fountain and took a moment to admire its fine architecture. Legend has it that one coin toss means you’ll make your way back to the city of Rome, a second coin for love and a third for marriage.

5. Day tour to Naples and visit the ruins of ancient Pompeii

3 hours south of Rome, near Naples, is an ancient city called Pompeii. After an eruption by Mount Vesuvius in 79AD, the city of Pompeii ‘disappeared’ under volcanic ash. It remained hidden until its accidental discovery by a local farmer in 1599. Our tour guide painted a vivid picture of life in Pompeii and the devastating disaster that took the city. We walked the streets, visited “posh”, upper-class houses and even got to see a brothel house, which has erotic pictorial menus on the walls. There is so much history to uncover with a third still to be excavated. Although be warned, Mount Vesuvius is overdue for an explosion!

6. Sit on the Spanish steps and enjoy a Cannoli

This was my first time trying a cannoli and I’ve think I found my favourite Italian pastry! A crispy outer layer filled with fresh sweet cream – my mouth is watering at the thought of it. We enjoyed our tasty treat while sat on the Spanish steps, as the locals do on a Friday night. We then proceeded to race up the steps and to my dismay, Daniel won… sigh, at least we burnt off a few calories!

7. Enjoy a Margherita pizza at the Il Palazzetto Rooftop Restaurant

We spent our first day in the city wandering around the streets, not long after we felt a bit peckish and decided to have lunch at a rooftop restaurant, Il Palazzetto, which sits just above the Spanish steps. We managed to grab a table just in time as crowds started to line up for lunch. The pizza set the standard very high and sadly no other pizza could compare throughout our trip. The margherita was delectable with its crispy cheese and juicy center.

Fun fact: The margherita pizza resembles the colours of the Italian flag: Tomato – Red, Mozzarella – White, Basil – Green. This was purposely done for serving the Queen of Italy, Margherita of Savoy, she enjoyed the pizza so much that they named it after her.

If you’re into all things creepy, you will be sure to enjoy this! The tour starts off with a visit to the ancient Roman catacombs dating back almost 2000 years! While walking through the underground tunnels you get a close-up look at hundreds of tombs which were dug out of the rock walls, this was where many Christians were buried. The Basilica of St Clemente is the second stop on the tour, the church was built on two 12th and 4th-century basilicas, a 2nd-century cult temple and ruins dating back to 64AD. And lastly, the Capuchin crypts (“Bone Chapel”) which was where the Capuchin monks used the bones of 4000 of their brothers to decorate the walls and ceiling. We weren’t allowed to take pictures however you can check them out on google images.

Most evenings we were on a mission to find a warm and cosy restaurant, the one we stumbled upon happened to be just down the road from our hotel. Our favourite restaurant sits on the corner of Via Vittorio Veneto. An intimate setting with a lovely atmosphere and attentive staff. Prepare yourself for a food baby because their pesto spaghetti is out of this world!

Exploring the historical city of Rome made each day an adventure. The ancient buildings told stories while the streets kept secrets for us to uncover. Rome stole my heart from the minute we arrived. How can you not fall in love in one of the most romantic cities in the world?

Rome is always a good idea ♡ 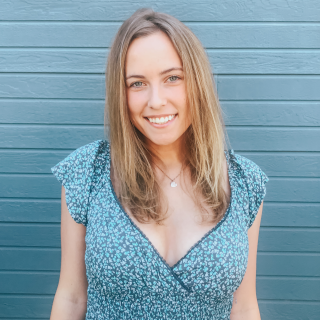 Welcome to The Pretty Post, a fun creative space to indulge in everything lifestyle, fashion, fitness and travel! This blog is a positive place for us to connect and I hope to inspire you through my writing. My name is Jade, I am 27 years old and I live in California with my wonderful husband and loving pups! I was born in sunny South Africa and moved to the States 4 years ago. I love working out, shopping, reading, learning new things and of course – writing!